The official language in Cyprus is Greek, but if you don’t speak Greek, there is no need to worry. You can get along just fine without speaking Greek and instead speaking English (and Russian to 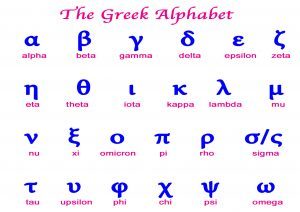 some extent).
Tourism (particularly from Russia and UK) is a huge part of the Cypriot economy, so most places are able to accommodate English and Russian. WIth Cyprus’ history as an English crown colony until the middle of the 20th century, English is of course also still spoken by most Cypriots.
If you want to learn Greek, you will also be able to do that by attending either free or paid Greek classes.

Which language do they speak in Cyprus?
The main language of the Republic of Cyprus (Southern Cyprus) is Greek, with a mixture of the Cypriot dialect. But from the days of the British colonization of the island, English language was widely known, and continues up to today, with its study beginning from junior and ending in high school. Therefore, almost all Cypriots in the city’s speak English as well. In the villages, the situation is somewhat more complicated, but if the owners of a restaurant or a store do not speak English, they will definitely employ a person of the younger generation, who, in the absolute majority, can talk with tourists.

a Russian menua kiosk in Cyprus

As the tourist industry on the island is very well developed in most restaurants and hotels, in addition to English, common German and French are spoken, as well as a number of oriental languages, as a significant portion of tourists are residents are from Syria and Lebanon.

The Greek Cypriot dialect
As such, the concept of “the Cypriot language” does not exist. The population south of the island speaks Greek, or rather the modern Greek language, or more precisely, a dialect. The Greek language is part of the western group of Indo-European languages, which is represented by a separate branch.

The Greek population of Cyprus spoke a form of Arcado-Cypriot dialect. A slightly different “version” of this dialect was distributed among the inhabitants of Arcadia (Peloponnese area). This fact is very unusual if we take into account the distance separating Cyprus from the area, from which the dialect came. In ancient times, Cyprus had its own alphabet, displaced only in the IV century BC.

For centuries, between Cyprus and Greece, there have been ethnic, cultural and religious ties, despite the considerable distance between the two countries from each other (for example, the distance to the nearest Greek island of Rhodes is 400 km, and to the shores of Greece itself – more than 700 km). This link could not be violated by the numerous foreign conquerors who invated this exciting island. In this regard, the language in Cyprus has developed in line with common Greek, and is now slightly different from modern Greek, keeping only the features of the dialect.

The impact from the distance of Cyprus from Greece is that the Cypriot dialect is one of the cleanest in the existing forms of the Greek language, largely preserving the ancient and medieval linguistic forms (the end of nouns and adjectives, doubling consonants, etc.). 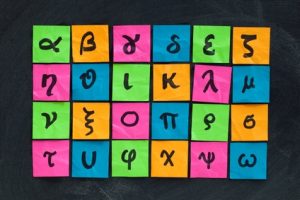 A special feature of the Cypriot dialect pronunciation is the presence of sibilant consonants that are not in the Greek mainland language. In Greek words, Cypriots pronounce the letter “x” (∼h sound) as a “ssh”. So, the word «έχετε» – ”you have” , will be pronounced as “eshete” and not as “ehete.”

In the lexicon of the island there is a significant number of words that are used only in Cyprus. This is due to the fact that for many centuries Cyprus was ruled by different rulers (the Venetians, the Ottomans, the British) actively borrowing words from the language of the conquerors. According to local residents, the Cypriot dialect in its pure form, is in spoken in the district of Paphos.

The Greek language is quite difficult to learn. However, for the Russian-speaking population it is much easier to learn it than for other foreigners. Some grammatical structures and some of the words and letters of the Greek language are somewhat similar to Russian.

On the way to Cyprus …
Going to Cyprus, be sure to learn a few words in the native language of the local people. The Greeks in the south of the island like foreigners trying to speak Greek. For example, remember the word “yasas” (“hello”) or “Kalimera!” (“Good morning”). Cypriots will appreciate your effort and will respond to you in return. Well, if not, then you will not be condemned – «siga-siga», as they say in Cyprus, you will learn – or “slowly-slowly”.