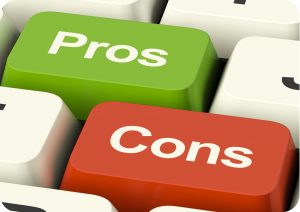 There are pros and cons about living in any country and it is the same about Cyprus. It is also to a large extent a personal perspective based on your own expectations and plans for life. Some of the pros and cons will not be visible immediately when you arrive. Maybe not even within the first year. But sooner or later everyone will start making their own list called: Pros and cons of living in Cyprus. If you are considering moving to Cyprus you will of course not have that luxury. So here is a list of pros and cons about living in Cyprus, which are based on my perspective and input from other expats (of varying nationality) living in Cyprus.
Pros of living in Cyprus
Here are some of the major pros about living in Cyprus:
Low crime – It is safe
– Cyprus has a very low crime rate and you will generally always feel safe.
The weather
– The weather is very stable in Cyprus and the summers always seem to last forever. Read more about the weather here.
The tax system
– The taxation in Cyprus is low compared to most countries and there’s a high threshold before you start paying income tax.
Pace of life
– The pace of life in Cyprus is exactly how you want it to be and that flexibility is a big positive. If you prefer it slow, go with the flow – few people are ever very busy. If you like a more fast paced style of life – no matter whether that is partying, professional or outdoors – there is nothing stopping you.
Almost everyone speaks English
– If you don’t speak Greek, it is a big advantage that most people speak English. Almost everywhere you go, you will be able to easily get by with English. There is also more and more people that speaks Russian, which will be very helpful if you also speak Russian.
The beaches
– The beaches in Cyprus almost deserves a section of their own. They are consistently voted amongst the best beaches in Europe. With the long summer in mind, what more can you ask for?
Rentals are cheap
– As mentioned elsewhere on this site, renting properties in Cyprus is cost efficient and helps keep your living costs low
The expat communities
– Cyprus is a very popular destination amongst English expats and there are plenty of expat communities that will enable you to settle right in. If you are not from the UK, there are also plenty of communities with expats a variety of European countries, Russia and asia.
Cyprus is a part of the European Union
– While everyone will have an opinion on the success of the European Union, it has made it a lot easier to trade, travel, work and move freely within the member states. As a citizen in a EU member state you enjoy the same rights as Cypriots. If you are not a permanent citizenship in Cyprus offers you access to all EU member states and benefits on equal foot with Cypriots.
Halloumi
– The bacon of cheeses. The salty goat cheese is a real treat and is a part of the Cypriot way of life. And Cyprus is where it originates. Some might say you haven’t lived until you’ve had grilled halloumi for breakfast. And lunch. And dinner. Try it.
UK pensions are payable in Cyprus