Paphos was the city of culture 2017 in Europe, it was very successful and Maispa was honoured with a plaque as a sponsor. 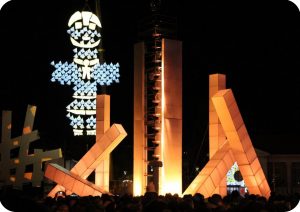 We thought it would be interesting to write some of the traditions and customs that one may come across amongst the Cypriot people. Some of these are traditional only to Cyprus, but the majority stem from Greek culture, and have been adopted and sometimes adapted over the years by Cypriots.