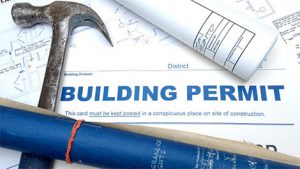 The number of new homes in Cyprus for which building permits have been issued rose by 93.0 per cent in November 2017 compared to November 2016 according to the Cyprus Statistical Service.

THE NUMBER of building permits authorized in Cyprus during November 2017 stood at 474 compared with the 550 authorized during the same month in 2016; a fall of 13.8% according to official figures released by the Cyprus Statistical Service. However, the total value of these permits rose by 172.0% to reach €308.7 million compared to November 2016, while their total area rose by 124.9% to reach 225.7 thousand square meters.
During November 2017, building permits were issued for: Residential buildings – 329 permits Community residencies – 2 permits Non-residential buildings – 91 permits Civil engineering projects – 12 permits Division of plots of land – 33 permits Road construction – 7 permits During the first eleven months of 2017, 5,291 permits were issued compared to 4,900 in the first eleven months of 2016; an increase of 8.0%. The total value of these permits has increased by 52.6% and the total area by 45.1%. Building permits for new homes The 329 residential building permits approved in November 2017 provided for the construction of 658 new homes (dwellings). These comprised 184 single houses (compared with 258 in November 2016) and 474 multiple housing units such as apartments, semis, townhouses and other residential complexes (compared with 83 in November 2016); an overall increase of 93.0% compared with November 2016 when permits were issued for the construction of 341 new homes.

During the first eleven months of 2017, the number of new homes for which permits have been issued rose by 41.9% to reach 4,614. Of those 4,614 new homes, 1,766 are being built in Limassol, 1,270 in Nicosia, 711 in Paphos, 601 in Larnaca and 266 in Famagusta. According to the Cyprus Statistical Service, building permits constitute a leading indicator of future activity in the construction sector.

Latest figures on the number of registered contracts of sale

Latest figures on the number of registered contracts of sale

The Department of Land and Surveys Have released the latest figures on the number of registered...

Contracts of Sales 2016-2017 A better Year showing growth across the board for the fourth year of...